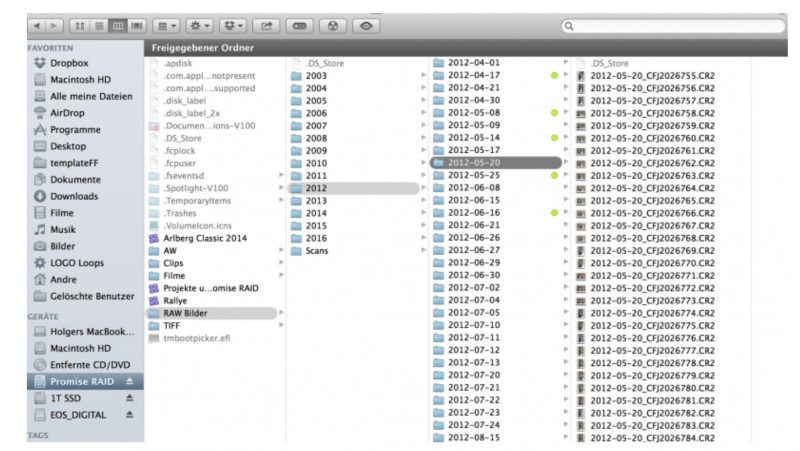 We all know the desperate search for a particular image. I promise without a well-planned structure it wouldn’t be better in future. A good folder and file structure also a file renaming is an important point to track. What to note I explain in the following article.

If I want to sort my pictures it’s clear that I need a clear chronology.

Why first the structure of folder?

If I edit my images with Lightroom & Co. puts the program catalogs that reference these folders. If I shift this subsequently these paths have to be made new – and that does not work automatically. (At this spot I wonder just why folder actually have no Digital ID?) So we have to make by hand. Doing it with Lightroom itself – that’s true and also updates automatically thus the paths – but that only works if you work only with one catalog. If you work with several (or different programs) and who have intersections of datas, it not longer works for you already. (Who would have thought that the set theory is really useful?)

Since files as well as folders do not have a digital ID, it can happen that photographer in the course of time have several images with the same name on the hard disk . There are programs that are very helpful in managing its data. In these catalogs, it is possible hide the folder structure. So I, for example, quickly overlooked what pictures I made in 2016, or show me intersections of different parameters. The deep line I recommend to leave, as there are several online platforms, in which specific functions without the depth line will not work.